With the arrival of winter proper last week, the markets saw a significant rebound. This was helped further by oil's recovery as traders finally took OPEC at its word re the production cuts, although continual increases in US volumes tempered this. The wintry weather reached Europe and there was heavy snow across The Alps. However, towards the end of the week the forecasts indicated a thaw was on its way. Sterling recovered somewhat as the Brexit debate intensified, pushing UK prices upward. Brent finished at $62.70 a barrel, an increase of 6.3%.

Here in Britain, the cold snap sparked a sudden increase in demand, with a predictable knock on effect on short-term pricing. However, the system coped well once again and there were no problems of note affecting supply. There were continued deliveries from Norway and LNG and a further four LNG deliveries are anticipated to see us through to the end of January. Strong wind output helped the electricity system cope while there was a drop in gas usage. Coal and carbon stayed on their upward trajectory which, once again, hit short-term pricing.

Winter chill pushes all contracts up

There were steep climbs across all contracts last week as the cold weather took hold and there were rises in oil, carbon and coal. The weather was the dominant driver for short-term pricing, although this seemed to ease by the end of the week. Longer-term contracts for oil and coal rose. 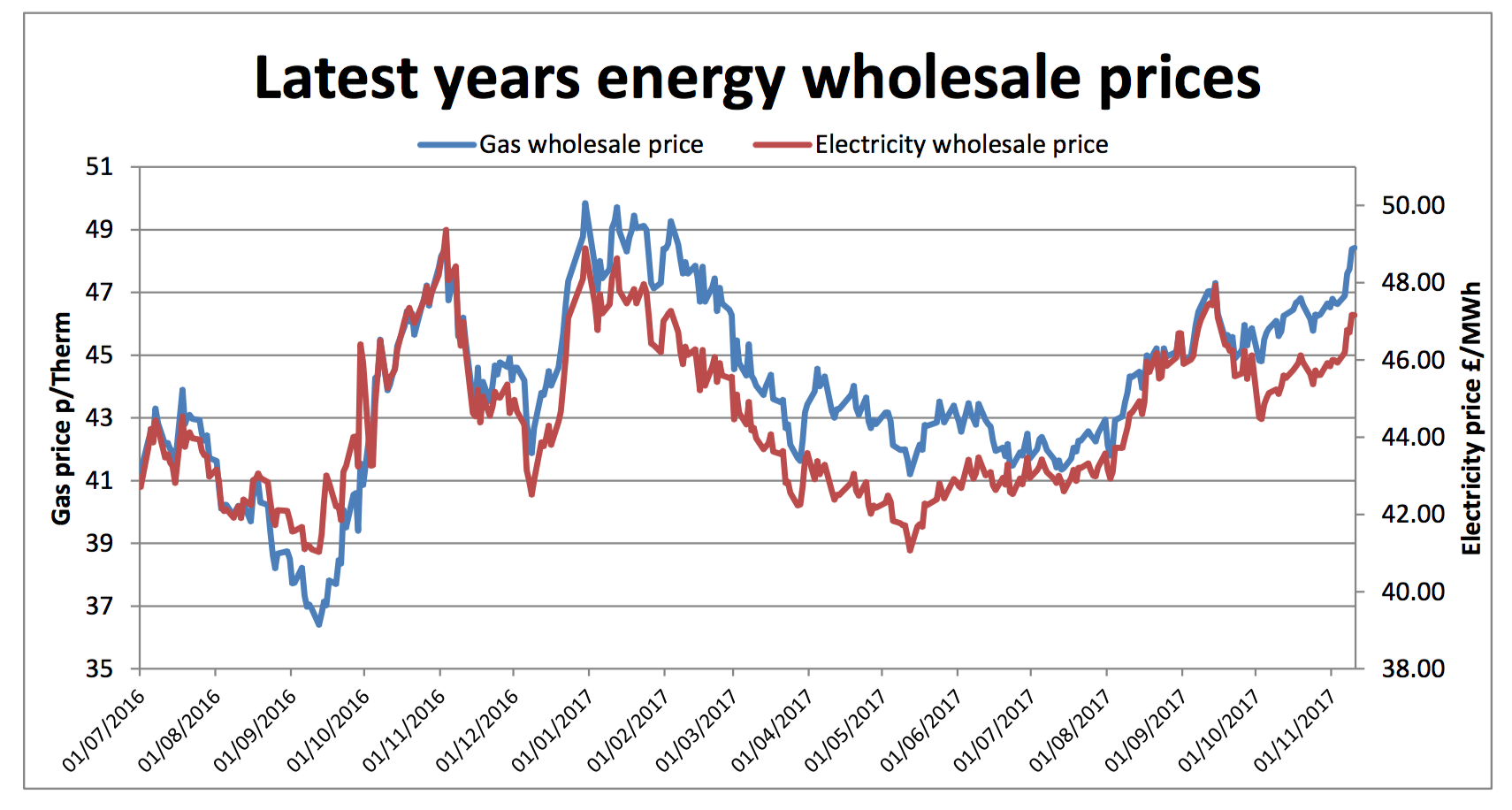 Despite last week's 'Brexit effect' being negligible, there is upward movement in sterling which could gain momentum once it becomes clear in what direction plans will go.The weather will always be a significant factor in winter so those looking to play it safe should not hold out for news as either weather or Brexit could push prices up. However, those happy with the risk might want to wait it out and see if there is a deal reached.