There was a big rebound in the markets last week, pushed by new weather concerns, issues with our North Sea assets and the ongoing Ukraine / Russia payment dispute. Forecasts of more cold European weather carrying on into April is fuelling worries concern over the already depleted gas reserves, after February’s cold snap. With Ukraine and Russia back arguing again arguing over the gas prices, worries are resurfacing that Russia may shut off the flow of gas to Europe again, compounding the issue with low storage volumes. In the oil market, despite EIA predicting rising demand this year, prices stabilised over the week in response to US production and storage pressure. Brent finished up 1.7% for the week at $65.49 per barrel. Back here in Britain, although gas wasn’t under abnormal pressure, prices jumped over supply concerns as we move into what could be a chillier April, with European levels low and the aforementioned Ukraine / Russia dispute. With the cold snap forecast for the next few weeks, UK supplies could come under strain from high European demand and a series of pre-planned North Sea maintenance outages, although there are three planned LNG cargoes which could lessen the impact. Reduced wind output for most of the week also pressured prices as coal and gas moved to compensate. There were also temporary outages on 2 nuclear plants adding pressure to the electricity supply. 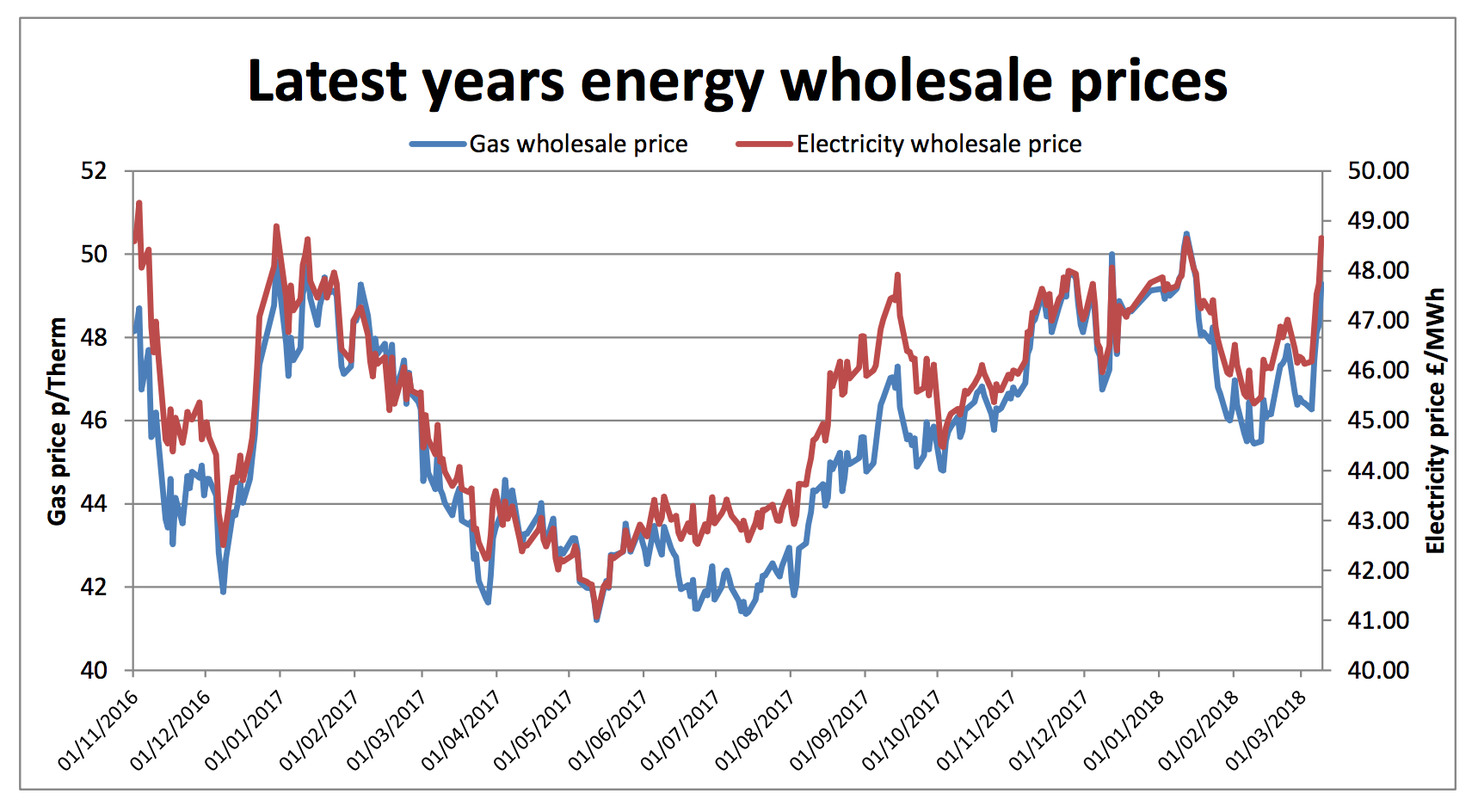 There were large gains across all contracts last week with the biggest gains in the current year - the reason being large April price rises. Worries over strained gas supplies should the cold weather forecasts be correct, lower storage level and the never ending Ukraine/Russia arguments could easily add a risk factor to pricing. As recent reports have stated, the weather will continue to dominate price movements as we move towards the forecast April cold snap.