There was continuing market uncertainty last week as traders fumbled for clear direction signals. Oil’s volatility remained and traders were unsure whether the decreasing supply (mainly from Iran and Venezuela) could be counter-balanced by Russian and Saudi supplies. Further concerns were over the ongoing US trade war with China and how that could affect demand. There was, however, some Brexit-related positivity, with the Pound gaining against the Euro as well as the Dollar. As the week closed, gas storage levels in Europe were reported as getting back towards last year’s levels, however trade was cautious with many hedging their bets on whether we could see another frosty winter. Brent finished up 1.7% at $84.16 a barrel. Back in the United Kingdom, the majority of the week enjoyed a well-supplied gas system as the flow from Norway normalised. Plus, demand was still below usual levels for this time of year. However, prices continued climbing due to pressure from oil and carbon, despite wind output reducing demand on the power stations. This wind output helped keep the electricity system stable and therefore prices were influenced by the drivers of gas, coal and carbon, culminating in rises. Now the winter 2018 contract has come to an end, forward year pricing will now be based on 2019 summer and winter. With a lower inherent risk than winter 2019, the year ahead price has dropped. Although, other longer-term prices all climbed.

Despite the aforementioned Euro storage volumes approaching more seasonal norms, due to the milder weather, traders are being cautious about selling off, with the possibility of another Beast From The East affecting the ability to cope again. The remaining month's and quarters’ prices to April 2019 are still quite high, however this could all change if the mild weather we’re enjoying carries on into winter proper. And if demand reduces, or issues around Brexit reach a quick resolution, there will be further downward pressure. Clients whose contracts renew this side of Christmas, and who are comfortable with some risk, might want to keep a close eye where this market will go before making a commitment. 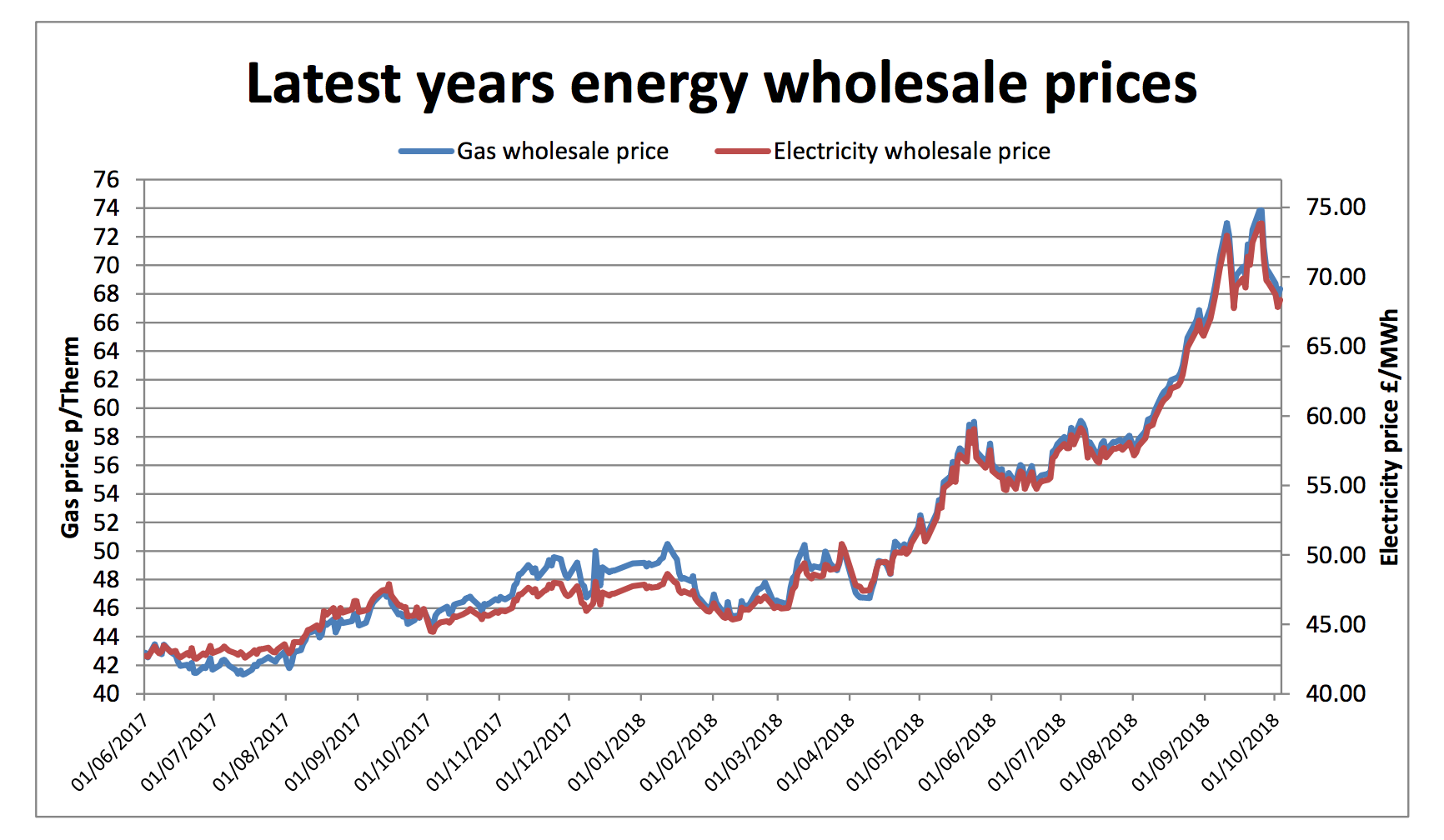