Last week, the markets cooled a little while traders sought to absorb any underlying fundamentals. There were a myriad of factors influencing prices once again, with drops in Euro carbon and coal fuelling a drop in oil prices, resulting in the market moving downwards. There was a move toward more bearish behaviour from oil traders as storage volumes climbed in the US and the ongoing trade war with China appeared more likely to affect global demand. Saudi Arabia agreed to pump whatever was needed to satisfy global demand as they looked to move on from the Jamal Khashoggi incident. Brent finished at $77.62 a barrel, down 2.7% on the week. Back home, the gas system continued to be well stocked in the face of dropping temperatures and the reduced capacity of the Vesteled pipeline whilst having maintenance work carried out. LNG send-out continued to be healthy with many tankers shortly expected. Although there were mid-week price rises because of the cooler weather, reports that it would be unlikely to carry on into November eased the markets. 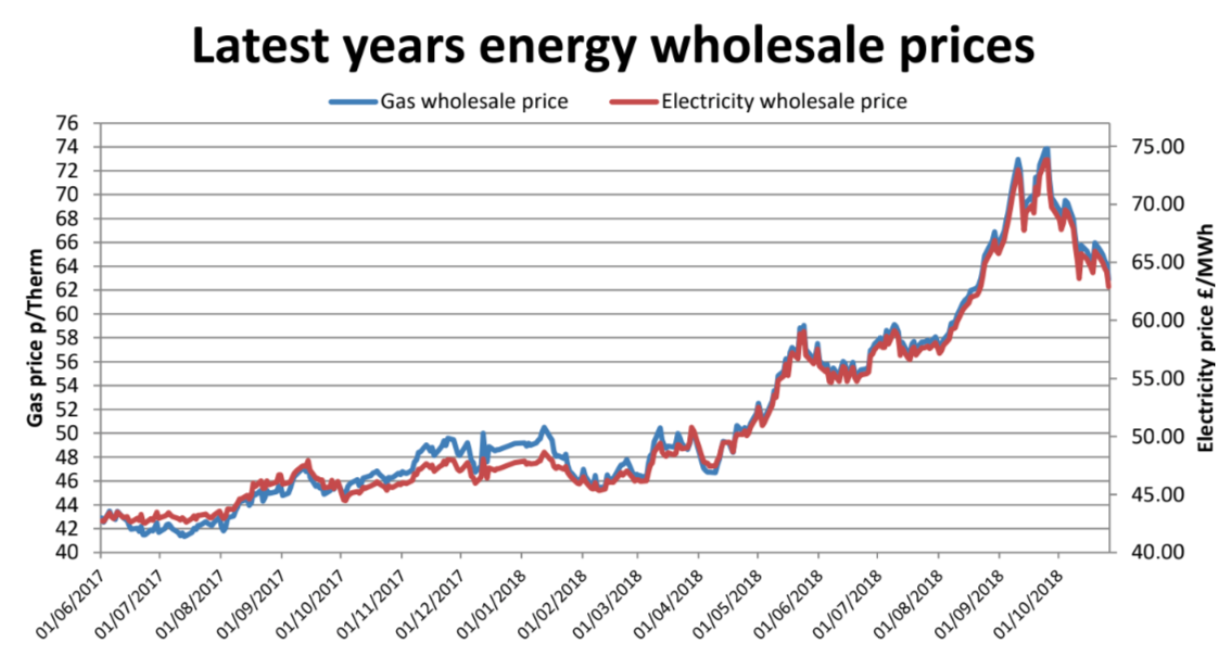 There were continuing fluctuations in the amount of wind output affecting gas demand, although electric and gas prices actually ended up being pulled down in response to economic and fossil fuel pressure. There were falls last week on both 2019 and 2020 prices, with 2019 seeing the biggest drops. Despite winter appearing to start last week, all systems seemed to cope well and, as a rise in temperatures was predicted for November, prices carried on falling. Additionally, premium was removed from pricing for the rest of the winter and  Q1 2019 prices fell 4% across the week - however bear in mind this was coming from a high base. Concerns do still linger over the coming winter but risk premiums are beginning to come out. Should temperatures continue as expected, those who are happy with the risk might benefit from playing the waiting game. Do consider, however, that there are plenty of additional liabilities, Brexit for example, still to take effect.