Utility Helpline nominated for Consultancy of the Year award

Utility Helpline has been nominated for the Consultancy of the Year at the prestigious The Energy Live Consultancy Awards (TELCA). The company was nominated alongside ten more top third party intermediaries (TPIs) and consultancies who will go to final judging ahead of the awards show on June 28. The award attempts to find the “best of the best” and is open to any TPI or consultancy that isn’t considered a ‘super consultancy’. The award isn’t judged on size or turnover, but instead focuses on indices of customer service, growth, innovation, knowledge and trust. Although the award excludes the largest ‘super consultancies’, Utility Helpline is up against some much bigger competition. But Energy Manager Richard Bonelle believes that Utility Helpline’s size works to its advantage. He said: “It’s great to be named in the shortlist alongside so many other fantastic companies. “Everything we do is focused on our customers and we try to handle everything on a personal basis. We’ve got the experience and resources to make sure we find the best deals, but we’re still small enough to make sure we really care about our customers.” 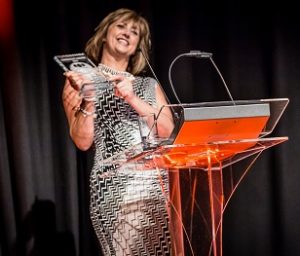 Utility Helpline is a previous winner at the the TELCA awards. The company has been nominated for several awards in the past and in 2015, Business Development Manager Fiona Howe was recognised as the Sales Professional of the Year for her unwavering devotion to her customers. The TELCA awards show was itself recognised recently at the Awards Awards where they won the accolade of Best New Award. Gab Barbaro, Managing Director of award sponsor British Gas Business said: “It’s a great event, it’s an opportunity to reward and recognise the third parties and brokers that are better than others. And so, it’s an opportunity to focus, highlight, reward and recognise those that are doing something special.”