The government has made no secret that they see the construction of a new generation of nuclear power stations as the best way to ensure that, in the future, the country has a steady and secure, low-carbon energy supply. But since last year’s Japanese earthquake in Japan, the nuclear plant construction cost has increased by a massive £3 billion . The stark truth is that, in order to fund this, business electricity costs in the UK will have to at least double. 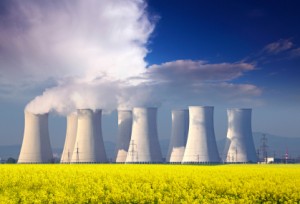 The Financial Times has reported industry sources as saying energy suppliers in the UK would need to reach a wholesale price of £100 per megawatt hour to justify the plant investment. The price is currently half that. A committee of MPs recently described the government’s planned energy bill as dangerously flawed, potentially frightening off investors. They have urged the coalition to consider offering to underwrite the private investment required. A massive £110 billion is required  to replace the UK’s existing power stations. Energy bills are already starting to rise in order to cover the huge cost of upgrading the current electricity and gas networks; a multi-billion investment for the extensive overhaul of the current UK electricity distribution network. However, there are already problems occurring between The National Grid and Ofgem, with the energy regulator disallowing £5 billion of proposed expenditure. National Grid had put forward the case for a total spend of £33.5 billion (2009-10 prices) over the eight years, starting in 2013. But Ofgem insisted they could only spend a maximum of £28.9 billion, claiming that curtain sections of the proposals were wholly unnecessary and others had to be delivered more efficiently. Even with Ofgem’s reduced expenditure proposals for the National Grid, as well as other regional gas distribution firms, energy bills will still have to rise over the next decade.