UK business energy prices look set to increase this week after the pound dropped despite the first interest rate increase in more than a decade. The Bank of England’s Monetary Policy Committee voted in favour of increasing interest rates from 0.25% to 0.5%, but the value of the pound decreased sharply on pessimistic growth forecasts and a perception that they bank was behaving ‘dovishly’. The Bank of England had hoped to bring rising prices under control by pushing up interest rates. They would achieve this in part by boosting the value of the pound to make imports cheaper. But the value of the pound decreased by more than one percent after the bank’s announcement. In a press conference, Bank of England Governor Mark Carney said that rate rises were necessary if the UK was going to meet its target of getting inflation down to 2% by 2020. But he also said that “very gradual” changes to the interest rate would be needed in upcoming years. This slow progress on rate rises, combined with the bank’s gloomy growth outlook for the UK, was enough to put off traders.

Speaking on the BBC’s Today Programme this morning, Bank of England Deputy Governor tried to dispel the impression that the central bank was ‘dovish,’ saying that more rate rises would be needed. He said: "We have said that given all the other things we assume in our forecast, many of which will be misses - there's always unknown things and unpredictable things happening - but given our outlook currently, we anticipate we'll need maybe a couple more rate rises to get inflation back on track while at the same time supporting the economy. "This is not a promise and it never could be a promise and that's not what the governor said yesterday either." All other factors being equal, interest rate rises should increase the value of a country’s currency. But these calculations do not exist in a vacuum. And a currency’s relative value is usually determined by a whole host of interrelated factors. 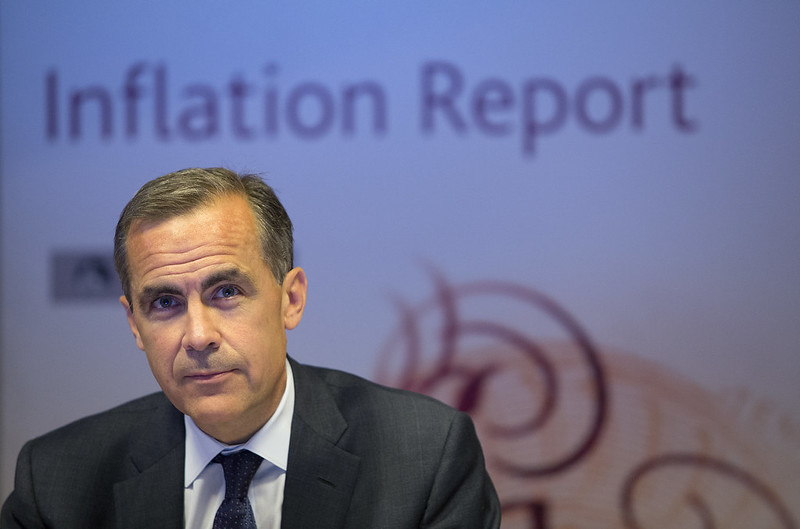 In this case, the market’s perception of how the bank will change interest rates in the future appears to have more influence on the value of the currency that the rate rise itself. The market perceives the central bank’s actions to be ‘dovish’ meaning that they are unlikely to take an aggressive approach with interest rates – increasing them very slowly or cutting them to help get people spending. Whereas a ‘hawkish’ bank might increase rates by whole percentage points to cool economic activity and drive investment, a dovish central bank prefers more moderate changes to stimulate growth in the economy.

The faltering pound also seems to have been influenced by the Bank of England’s less than sunny assessment of the state of the economy. In his press conference, Mr Carney said that problems had been exacerbated by Britain’s decision to leave the EU. He said: “Uncertainties associated with Brexit are weighing on domestic activity, which has slowed even as global growth has risen significantly. “And Brexit-related constraints on investment and labour supply appear to be reinforcing the marked slowdown that has been evident in recent years in the rate at which the economy can grow without generating inflationary pressures.” Given previous statements and language concerning the interest rate rise, economists were expecting a more hawkish message from the central bank. But given the UK economy’s long-term growth prospects, the Bank of England seems to want to proceed cautiously, which seems to have scared off the markets.