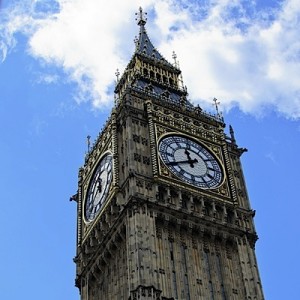 Energy bills are big news. The average household bill for duel fuel is now around £1400 and whichever way you shape it, that is a big chunk of household income.  When that envelope drops through the door it can cause consternation within homes and businesses.  On a macro level, such bills have now become a cause of major consternation between the main political parties, each fighting to appear on the side of the consumer.  The Labour Party has been able to make headway with its ‘cost of living’ crisis slogan, and Parliament now seems to accept that something needs to be done.  The question is… what? This is where the Coalition Government, and the opposition, seem to differ (yep, so what’s new there?)  The Labour Party moved first.  At their annual conference this year, Ed Milliband used his speech to announce a price freeze on energy bills for 20 months… if Labour wins the election.  The Coalition initially scoffed at the proposal and countered that it was unworkable.  However, the immediate attraction of the announcement is understandable and the Government now seem to concede they have been wrong-footed.  They have therefore now made their own announcement, to demonstrate they are also on the side of under pressure voters (I mean… consumers).

A tactical approach to energy prices

Energy Secretary Ed Davey has looked at the composition of energy bills and has, essentially, been able to jiggle the numbers to get bills down, by around £50, using a variety of tactics.  Under the ECO (Energy Companies Obligation), for instance, energy companies are required to provide energy efficiencies such as insulation to nearly half a million homes.  This will now be covered by a £500million programme, funded out of general taxation.  In addition there will be a cut in network costs, and changes in the Warm Home Discount will also generate a rebate. The Big Six energy providers have broadly indicated that they will immediately pass on these savings.  Centrica, Scottish Power and SSE have said bills will reduce by the same amount, whilst Npower and EDF have announced a conditional price freeze.  E.On has indicated price rises will not, now, be as high as they might have been. However, a number of issues immediately come to the fore.  As the reductions come from the green levy on the bills, the Green Party are, naturally, concerned.  Equally, a £50 reduction set against, for instance, Centrica’s on-average £120 increase still means a net loss.  Finally, the policy really does rely on juggling figures within the bills and does not address the profits made by the Big Six themselves, which is the cause of much of the consternation amongst the general public.  Labour’s Caroline Flint, for instance, lamented there was "not a single measure that will cost the energy companies a single penny." Of course prices for energy are rising higher than wages and in a business setting, rising prices are equally compounded by the weak economy and uncertain customer confidence.  Whether domestic or commercial customer, everyone must do what they can to ensure their bills are as affordable as they can be. Meanwhile energy bills have become a political hot potato.  And if things carry on as they are… that may well be how we’ll keep warm this winter.