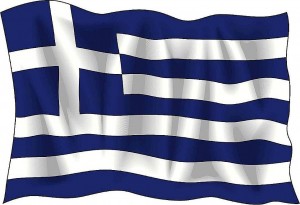 You only need switch on the news, and watch the street protests, to understand that the Eurozone is in trouble.  And Greece, in particular, has been hit hard, with 27% unemployment (the highest in the Eurozone) and debt running at 185% of GDP. The strife in their economy has now precipitated the macro version of a yard sale, with the Greek government effectively flogging whatever it can, to raise the necessary funds to keep going.  As part of their €240bn bailout, the EU and various other interested parties set some conditions - the main one requiring Greece to selling off its family jewelry… to the tune of  €50bn euro, by 2019.  So, if you happen to have a few million burning a hole in your sky rocket… roll up roll up, and help yourself to Hellenic Petroleum, the country’s oil refiner.   And while you’re at it, why not buy Depa, the state natural gas supplier? Indeed that there are bargains to be had, but even then, it seems it’s not as easy as you might think to attract the wealthy international passerby to this particular yard sale.  And that’s a problem for Greece. Selling Depa would be a firm step towards reaching that fiscal objective only, it seems no-one’s buying.  Greece has already halved their forecast for raising the required cash but, if no-one’s coming in for the gas company, it’s hard to see where else the revenue may come from. It all looked a lot brighter even a few months back.  M&M – a joint Greek conglomerate, rather than the sweet people – tabled a bid of €550m for Depra, which looks good value considering current gas prices.  Then, the Russians looked interested.  Gazprom weighed in with a proposed €900m bid for the company.  CEO Alexey Miller travelled to Athens himself to conduct negotiations with the Greek PM and the Greeks seemed conciliatory, even changing some of the terms of the bidding process.  But now the Russians have gone home, and no other suitors have come out of the woodwork. Geopolitical issues such as this may seem far removed from the day-to-day running of your business and its energy consumption, but we live in a very interconnected world, and in an environment where much of our power is imported, so these issues have wide ranging ramifications.  And that might, in fact, have been behind the withdrawal of Russian interest.  Russia holds a huge sway over the European energy industry, and speculation holds that both the EU and US were unhappy with the thought of further control being ceded to Moscow.  The Russians got wind that this deal would likely not be sanctioned and withdrew. So where does that leave Greece?  Well think back to your yard sale.  If you made a few quid, you would probably count it a successful day, especially if the sun was out.  Greece hoped to raise €2.6bn, this year alone.  And if they are unable to shift Depra, seen as one of their most attractive family jewels, there is little hope for some of the more, shall we say “tatty” items up for sale. The macro-environmental picture is fascinating, as is the journey your gas takes before it comes into your factory or business premises.  For instance, a trans-adriatic pipeline is currently being discussed, to pipe gas from Azerbaijan.  It’s scheduled to pass through Albania, Italy and potentially Greece, which would in itself help their economy.  So consider that the next time you fire up the hob to fix a brew… that gas may well be better travelled than Michael Palin!