This week, the Coalition government have announced they plan to reduce subsidies for onshore wind turbines by ten percent this year. Many Conservatives had called for far deeper subsidy cuts, some Tories even recommending a 25 per cent reduction. However, after negotiations between the two coalition parties, Ed Davey, the Liberal Democrat Energy Secretary managed to keep the subsidy to just 10 percent. Liberal Democrat ministers will be keen to spin the announcement as their party victory. This will be of some relief to renewable energy companies. Their concern was that wavering government support had begun to put off investors. 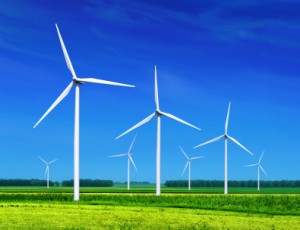 The renewables industry isn't out of danger yet as more cuts could still be made once a formal review of renewable energy costs is carries out next financial year (2013-14). The Coalition announcement expressed commitment toward ensuring “unabated” gas supplies become a major element of the UK energy mix. In a move that has alarmed many environmentalists, the Chancellor, George Osborne has recommended gas-fired power stations  produce a larger proportion of  the UK's domestic and business electricity supply and controversially opposed imposing any new targets for UK carbon emissions reductions in, claiming they are “inefficient.” Gas is considered by many to be cheaper and more reliable than renewable alternatives, but critics are concerned it could make Britain over- dependent on an imported energy source. Mr Davey said that gas would remain in a “key role” and announced £500 million to be spent on  offshore drilling for gas. Ed Davey has also stated that the wind industry needs to  consider how communities can have more say in the construction of wind farms. Recent planning legislation could potentially ease the way for residents local to  planned wind turbines to oppose them, and also to benefit financially from any that are built. Currently, communities are offered £1,000 per MW p.a. through a voluntary agreement. The Lib Dem Energy Secretary also announced a subsidies for wave and tidal technologies will double and that offshore wind farms will not face any cuts until 2015.