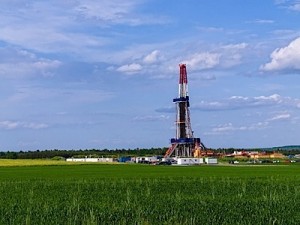 The shale gas debate 'rumbles' on and the latest controversy is around the UK government's plans to offer communities, that are thought to sit on large shale gas reserves, financial incentives to drop their opposition to fracking. The Department of Energy and Climate Change, as well as the Treasury are discussing compensation for communities where fracking may take place, to spur on development. Additionally, the government is considering tax breaks for shale gas developers. Possible tax changes may result in some going to local agencies instead of central government. Reserves of shale gas in north west UK, specifically, Lancashire, Merseyside and Cheshire, could solve Britain’s energy problems for over 20 years. The DOE may release a set of new planning guidelines and expected to publish a report from the British Geological survey that examines the UK's shale gas reserves. It's thought that shale gas could potentially cut UK business energy costs, as well as domestic supplies; companies in the US have seen gas prices halved since 2005, when production started. All this optimism is counter-balanced by potential geological damage and even earthquakes, that fracking may cause. Not to mention potential damage to the UK's countryside. However, there are other concerns:

Methane in the air.

Scientists are concerned there have been high methane emissions during extraction. This escapes into the atmosphere and poses a a serious greenhouse effect problem, hampering climate change contingencies.

Methane in the water.

If the methane escapes into water it could be pose a health risk. In some parts of America, people have been able to set their tap water on fire! Water shortage. Fracking uses an enormous amount of water. When you consider that the world is already concerned about future water shortages, it poses a question about its long term viability.

Supplying all this water to the fracking site requires a lot of trucks. In one site in the US, they used 1000 truck trips. Not great if you live nearby and not good from a carbon footprint perspective. It could well be that shale gas IS the future of UK domestic and business gas supplies. But it's vital that we bear in mind the pitfalls.