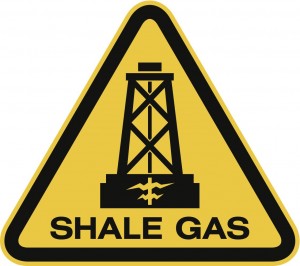 Within the last few months, we reported that it has been a mixed picture for the emergent shale gas industry.  And indeed it continues to be a mutable, changing scene as the energy industry tries to come to terms with precisely what we are dealing with, when we consider the process of fracking, and the resultant shale gas that it releases. As a business energy consumer you will undoubtedly want to keep across any innovations in the energy industry, whether slow-paced and evolutionary; or fast, revolutionary step-changes.  We live in a tough business environment, companies buffeted on the one hand by a recessionary trading landscape, and on the other by rising prices, especially around business energy - now the second highest cost to a company, after the wage bill.  Diminishing resources and rising demand is having a massive impact on business energy bills and it is therefore beholden of companies such as Utility Helpline to keep track of this new technology and new energy source, and thereby keep tabs on whether it might, ultimately, help bring down prices. Up until now it has indeed been a mixed picture:  the interests of energy companies on one hand; the environmental lobby on the other, concerned with the process of pumping water and chemicals into shale rock, to break it open and release the gases.  Indeed, minor quakes off the North West coast were, at the time, attributed to the fracking taking place off shore.  And in fact, it’s in this very area of water where this latest development takes place.  Centrica is the owner of British Gas and therefore a major player in the energy market.  They have previously been rather wary of the shale gas phenomenon, and even earlier this year were suggesting the UK wouldn’t experience the same energy and economic benefits as the US.  That policy seems to have changed. Although Centrica always denied they would start drilling themselves, they have now begun discussions with one of the largest players in the UK shale gas industry, Cuadrilla Resources, about purchasing a significant stake in the company.  The stakes have indeed been raised.  The game changer seems to be the fact that tests now suggest there is simply more natural resources than was considered before, notably around Cuadrilla’s Bowland acreage, off the coast from Blackpool. Centrica are quite understandably keeping their cards close to their chest.  The big energy companies are already facing a public backlash over their energy price rises, so entry into such a politically charged industry needs, quite obviously, to be handled sensitively.  However all business involves an element of risk, and set against the environmental and PR issues is the potential to be right in the middle of this innovative new energy source.  Equally, Centrica’s financial resources and expertise could shake up what has, up till now, been a fairly low-key industry.  If we are to witness the kind of shale gas revolution seen in the US… then better, the logic holds, to be involved. Some some suggest our natural shale gas resources might be enough to feed energy needs in this country for years to come, with a consequent downward impact on business energy bills.  Here at Utility Helpline, we continue to watch, and monitor, with interest.