Ah yes, the humble British boozer.  Is there no finer institution than the Battle Cruiser, the Rub-A-Dub-Dub, the local hostelry?  Just ask Al Murray, the Pub Landlord… it is perhaps the very foundation on which our communities are built. However, the pub is under threat ladies and gentlemen, with ‘time called’ on 10,000 pubs in the last 10 years.  These figures come from CAMRA - the Campaign for Real Ale – which, over the years, has done great work to support the publican community.  However, it seems the sums just don’t add up at the till these days, pubs squeezed on the one hand by the punters themselves, visiting less often because of the long recession; on the other, from rising beer duties. Help might be on the horizon, however.  The coalition government’s budget of 2013 provided for a cut in beer tax, a whole penny off the pint.  Even so, this led to the rather incongruous site of punters raising their pint glasses to George Osborne, who thereby made “a couple of swift ones” in the local that little less extortionate. However beyond that budgetary reduction, it should be remembered that pubs are business, just like any other.  And like businesses, and indeed domestic households, they are built around their premises, thereby suffering from the same issues of rising fuel bills.  Pubs need to use business energy, with its own set of tariffs and charges, and business energy is certainly under the same pressures of supply and distribution as domestic. So, just as the government has given advice for energy savings in the household, pubs might also look at similar efficiencies:  although it’s hard to control what comes through the door in terms of punters and their hard-earned, it’s easier to control what goes back out, in terms of energy wastage and bills.  A few simple considerations might bring energy usage down, and thereby reduce bills.  Here are some pointers: 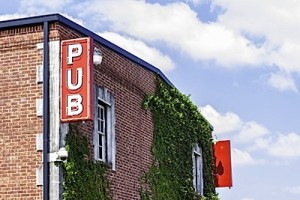 1) Energy Efficiency.  Some of these ideas are extremely easy to implement and can have an immediate impact on your energy usage.  In terms of lighting, switch off lights in the parts of the pub where they’re not needed, or perhaps consider installing intelligent lighting, that might turn the lights off - in the toilet, for instance - when no-one is in there and the area does not need to be lit. 2) Equally, what can be easier than changing all the bulbs for energy-saving versions, immediately helping you by chipping away at your energy bills? 3) Heating.  Pubs are often large commercial spaces and therefore hard to keep warm, which is expected by your customers, especially as we head towards the winter months.  However, your punters are helping their own internal thermostats by availing themselves of your fine ales and spirits, so pubs should never be unnecessarily warm.  Your punters won’t thank you for turning your pub into a sauna.  Aim for around 20 degrees C.  Equally, there’s no point heating an empty pub to toasting point, so use a timer on the thermostat to efficiently control the heating, making sure the pub is warm enough for opening time, and also already starting to cool at closing time. 4) Bear this in mind – a quarter of your energy bill is likely to be spent on heating - and that’s a sizeable amount.  One very simple idea might be to go for wood-burning stoves.  These can be incredibly efficient, and they also make for very appealing, cosy features within a pub. 5) A pub will need plenty of refrigerators to keep both food and drinks cool.   And fridges can really chew up energy.  Firstly, try to be efficient and competent with the managing of your cellar.  Drinks need to be cool, but not frozen.  If you turn your thermostat down by just 1 degree, you could reduce the energy costs in your cellar by something approaching 10%.  Also, if you need to update your fridges, newer A-grade models use far less energy and will thereby also save you money. So, five easy steps to reducing your energy costs, thereby giving you more energy to pulling those pints and keeping Britain lubricated! Want one more? Utility Helpline is an energy broker that works closely with the on-trade. We can provide energy saving solutions tailored specifically for pubs and pub companies. Call us on 01432 378690.